Fort Wayne becomes first city in Indiana to fluoridate water supply due to endorsement by IKDDS.

IKDDS devises standardized dental insurance claim form, which is later adopted by the IDA and became a nationwide template. 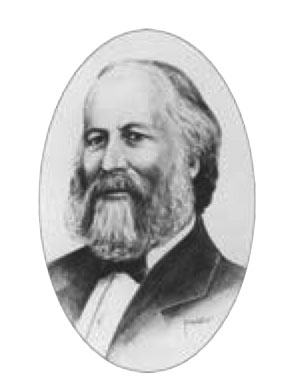 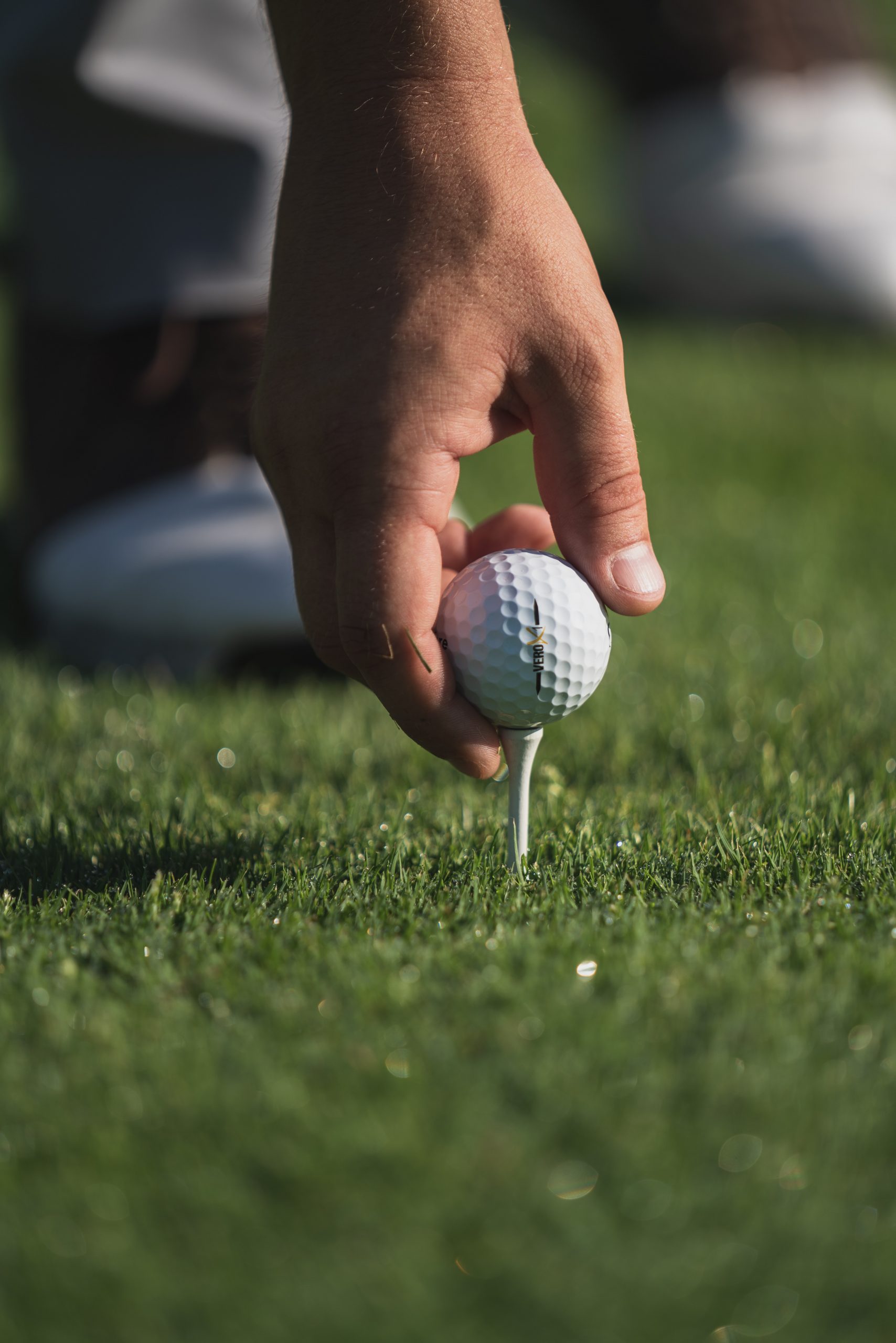 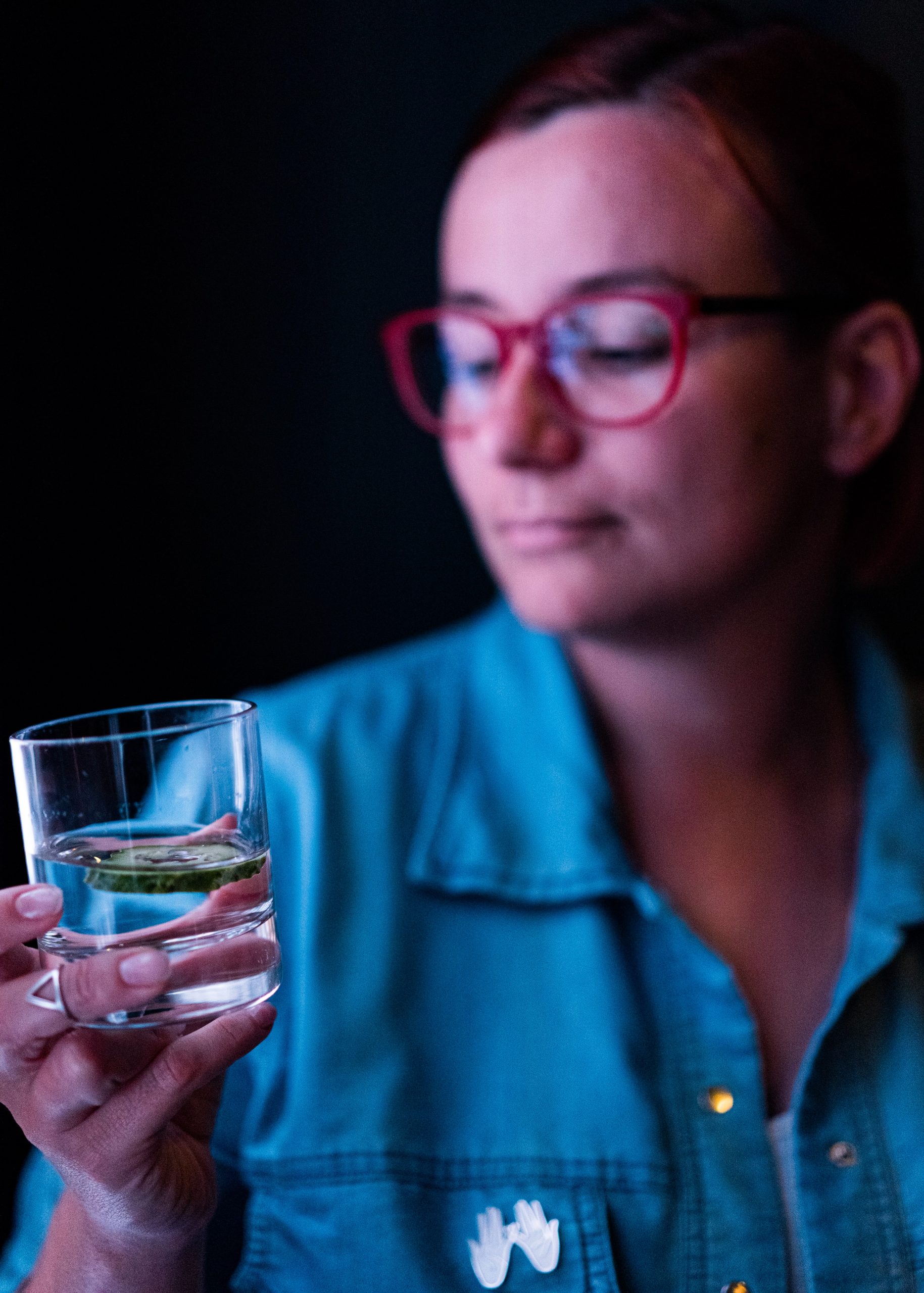 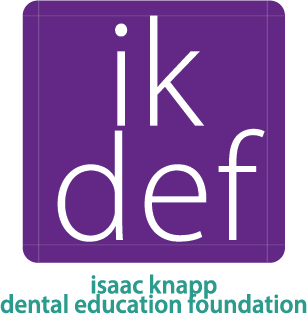 The Isaac Knapp District Dental Society, a local dental organization, was formed by seven Fort Wayne dentists on January 20, 1891.  The group was formed to provide social and education exchanges among its members.  They named the organization after Dr. Isaac Knapp because, “He was the first dentist to come to Fort Wayne and stay.  He had the reputation of being a fine dentist, gentleman and cultural leader.”  Dr. Knapp came to Fort Wayne in 1854 and was the only dentist here for many of his 29 years of practice.

The first formal meeting of the IKDDS was held May 10, 1928. As its first official act, members passed a formal resolution to take to the Indiana Dental Association annual meeting.  It called for all components to join with the IDA in promoting and urging passage of legislation that would establish and maintain an adequate system of dental inspection and advice for the benefit of the children attending public schools.  Throughout the coming years, IKDDS dentists would continue to speak out for measures to improve the dental health of the public.

The first official social event of IKDDS was a picnic and golf outing in June 1928.  It was held at the Sylvan Lake cottage of Jay C. Link.  Due to the Prohibition Era then in effect, the event was B.Y.O.B. (bring your own bottle).  According to the 1928 memoirs of Dr. Harold C. Dimmich, an IKDDS member, the Great Depression was beginning and many dentists had to cash in scrap gold from extracted teeth to raise the $2.00 to $3.00 needed to go to the event.  This was the beginning of an IKDDS annual golf outing that is still held in September each year.

A Ladies Auxiliary was formed by the wives of the IKDDS dentists in 1934.  The group began as a social group, but soon changed their focus to educating school children on the importance of oral health and good dental hygiene.  In the 1940s and 1950s, they joined with the area dentists and dental assistants to do volunteer dental exams in the elementary schools.  The ladies presented educational talks, slide shows and talking movies to all first and second grade students.  This program was expanded to include high school students in 1943.  Their dental health education programs would eventually be expanded to nursery schools and pre-natal clinics, as well.

The 1950s changed dentistry forever.  The focus of dentistry changed from treatment of infection, tooth decay, and tooth extraction to patient education, tooth restoration and the prevention of dental diseases.  This was accomplished through many scientific changes in all of the ways dentistry was practiced, as well as widespread educational and public health programs.  A Children’s Dental Health Day was first held locally in November 1950.  By 1962, Fort Wayne Community Schools approved a formal dental health education program as part of the curriculum for their students in grades one through four.  As a result, the students got 30 minutes of dental health per week for a ten-week period.

Also in the 1950s, widespread discussion was held throughout the area on the fluoridation of drinking water.  The IKDDS dentists worked hard to endorse this program and Fort Wayne became the first Indiana city to fluoridate the community water supply.  This process of adding tiny amount of fluoride to the drinking water combined with the newly developed fluoridated toothpastes would eventually lead to a 75% reduction in tooth decay in the children of that and future generations.

As the pubic became more aware of dental health issues, the demand for dental services increased.  In an effort to increase the numbers of available dental personnel, the IKDDS dentists worked with Indiana University Purdue University Fort Wayne campus.  The School of Dental Hygiene enrolled its first class of eight students in 1962, under the direction of Mrs. Gloria Huxoll, RDH, MS (who remained as director of the school until 1987).  A new program was started to train dental assistants at the Fort Wayne campus in 1965.  The course was the first of its kind in the state, being one academic year in length, and included over 1100 hours of lecture, laboratory, and clinical instruction.  The first class of 16 women graduated in 1966.  These programs have continued to provide well-trained dental hygienists and assistants to the area for over forty years.

The 1960s also saw a significant change in the way dental services were paid for by many Allen County residents.  During the decade, many local businesses began offering their employees dental insurance coverage as an employment benefit.  The labor unions often negotiated these benefit programs, which were funded by the employers and administered by an insurance company.  The IKDDS devised a standardized claim form in 1965 for dental insurance claims, which was eventually adopted by the IDA.  Indiana became the first state to adopt a statewide claim form, the IKDDS form, which eventually became a model for all the dental insurance forms used in the nation.

The Isaac Knapp Dental Education Foundation was incorporated in June 1987 when eight area dentists each donated $1,000.00.  The Foundation was established to “expand and enhance” local programs in the interest of public health.  A goal of soliciting the members of IKDDS and raising $100,000 by the IKDDS Centennial Year (1991) was established.  The dentists’ donations have far exceeded that goal and the Foundation has given money to fund many educational programs in Allen County.  They have donated funding and many hours of services to the Matthew 25 Dental Clinic, a free clinic for low income citizens in downtown Fort Wayne.  The local dentists and their wives, both personally and through the IKDDS Foundation, have contributed to establish a dental exhibit at the McMillen Center for Health Education which is utilized by many Allen County school systems for their health education programs.  The Foundation also established a scholarship fund for students from northeast Indiana enrolled in programs leading to a degree in dentistry.

In the 21st Century, the IKDDS dentists joined with many dentists across the U.S. to participate in an annual “Give Kids a Smile” program sponsored by the ADA.  This program, which involves needy children receiving free dental care at private dental offices, was held on a given Friday every February.  IKDDS members, Dr. Catherine Periolat, and the Indiana chairman of the Give Kids a Smile program reported that hundreds of children benefited from thousands of hours of free dental work done across Indiana by participating dentists, dental hygienists, dental assistants, and dental labs.

In keeping with its mission statement, the Isaac Knapp District Dental Society has continued to encourage the improvement of the health of the public and to promote the art and science of dentistry in northeast Indiana.  Many IKDDS members have served on local, state, and national offices and communities with 18 IKDDS dentists serving as president of the Indiana Dental Association by 2005.

Dr. Ralph Merkel, IKDDS archivist summarized the changes in dentistry over the past century.  He stated, “Before the 1950s, most people, including many dentists, felt that they would eventually lose their teeth.  Then, through the use of fluorides, x-ray exams, and amalgam or composite restorations, many people saved their teeth.  As the profession and the public became more aware of the benefits of oral health care, the entire picture began to change.  Now, at the beginning of the 21st Century, the present children have a life expectancy near 100 years.  They need to maintain their permanent dentition for 94 years.  The use of sealants, lasers; routine orthodontia, and improved home care make that possible.  They can maintain a beautiful smile for a lifetime, with excellent dental health and no restorations!!  What a marvelous time to be involved in the dental profession!”

ABOUT
AFFILIATES & PARTNERS
OUR HISTORY

Close Menu
We use cookies on our website to give you the most relevant experience by remembering your preferences and repeat visits. By clicking “Accept All”, you consent to the use of ALL the cookies. However, you may visit "Cookie Settings" to provide a controlled consent.
Cookie SettingsAccept All
Manage consent

This website uses cookies to improve your experience while you navigate through the website. Out of these, the cookies that are categorized as necessary are stored on your browser as they are essential for the working of basic functionalities of the website. We also use third-party cookies that help us analyze and understand how you use this website. These cookies will be stored in your browser only with your consent. You also have the option to opt-out of these cookies. But opting out of some of these cookies may affect your browsing experience.
Necessary Always Enabled
Necessary cookies are absolutely essential for the website to function properly. These cookies ensure basic functionalities and security features of the website, anonymously.
Functional
Functional cookies help to perform certain functionalities like sharing the content of the website on social media platforms, collect feedbacks, and other third-party features.
Performance
Performance cookies are used to understand and analyze the key performance indexes of the website which helps in delivering a better user experience for the visitors.
Analytics
Analytical cookies are used to understand how visitors interact with the website. These cookies help provide information on metrics the number of visitors, bounce rate, traffic source, etc.
Advertisement
Advertisement cookies are used to provide visitors with relevant ads and marketing campaigns. These cookies track visitors across websites and collect information to provide customized ads.
Others
Other uncategorized cookies are those that are being analyzed and have not been classified into a category as yet.
SAVE & ACCEPT